"I spent all of my time at the gym but had nothing to show for it. I heard about velvet deer antler on the news and decided to give Antler Force a try. Best decision I ever made! I've been able to work out twice as hard as I used to and I am RIPPED!"

"I've tried almost every muscle growth product out there but just wasn't seeing any gain. One of my friends recommended I try Antler Force. I could feel the difference immediately. I could work out longer without feeling tired or sore and it took less time to recover. Now strangers are coming up to me at the gym, asking what my secret it."

"I recently started weight lifting and wanted to jumpstart my efforts. I was looking something to stimulate muscle growth when I found Antler Force. I've only been using it about a month but the results speak for themselves. Ladies keep coming up to feel my guns. Thanks!"

"A few weeks ago, someone asked me how I got so ripped so fast. He was so surprised to hear it wasn't steroids. Antler Force is my secret weapon for intense workouts and insane muscle growth. I love this stuff!"

"My personal trainer recommended I use Antler Force to help my body recover faster after grueling workouts. He could tell I was frustrated by the amount of downtime I needed between workouts and how slowly I was gaining muscle. He told me that Antler Force would give me that extra boost to increase muscle growth and keep me in the gym, working longer and harder. I'm glad I took his advice because now I'm gaining muscle at an astounding rate and can keep up with my strenuous routine, no problem." 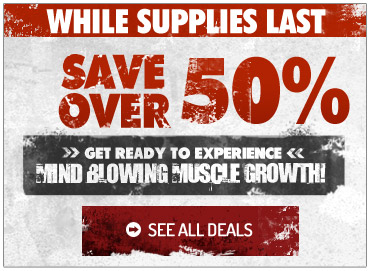